The rarest Pokemon card prices continue to rise, especially for original prints and shadowless cards. A 1st edition Charizard, for example, is one of the most expensive Pokemon cards and can sell for hundreds of thousands of dollars. The limited edition Pikachu Illustrator card was recently acquired by YouTube star Paul Logan for over $5m.

Even less coveted characters are still outside the price point of the average player or collector.

However, with Pokemon proxies, you can build an awesome collection or deck for a fraction of the price. Pokemon is one of the most popular franchises in the world. It is based on a fictional world where Trainers catch, collect, train, and interact with creatures called Pokemon. The franchise was founded in 1996 as a partnership between Nintendo, Game Freak, and Creature.

Within the Pokemon universe there are numerous regions including: Kanto, Johto, Hoenn, Sinnoh/Hisui, Unova, Kalos, Alola, and Galar.

What is the Pokemon Trading Card Game?

Pokemon is the most popular trading card game in the world, outperforming MTG by a significant margin. Over 43 billion cards have been produced. The TCG debuted in Japan in 1996 and was introduced in the United States in 1999. It was originally published in the USA by Wizards of the Coast – the company that creates Magic: the Gathering. Eventually the Pokemon company took back the rights to publish it themselves.

These days, the cards are collected more often than actually played. However, there is still a loyal fanbase of Pokemon card players.

What is a Pokemon Proxy Card?

A proxy card is a ‘stand in’ card for an original Pokemon card. Proxies are very useful for collectors and players alike.

A common reason that people may buy pokemon proxy cards is because the original cards are out of reach in terms of price. For example first edition Pokemon cards can cost thousands of dollars.

Another reason to buy proxies is to use in gameplay so your original cards don’t get damaged or bent.

Finally, pokemon proxy cards allow playtesting without needing to invest in or purchase cards before knowing if they will work in a deck.

What is the Rarest Pokemon Card?

The rarest Pokemon card (and the most valuable) is the Pikachu Illustrator card. Only 10 copies of the card were produced. A mint gem copy of the card was famously purchased by Logan Paul for a record $5.275 million.

Among regular released cards, the First Edition Shadowless Charizard is the most valuable. A mint gem copy can fetch over $400k.

How do you Tell if a Pokemon Card is Rare?

The black symbol in the bottom corner of a Pokemon card denotes its rarity: a circle is common, a diamond is uncommon, and a star is rare. Most of the time a star is black, however an alternate color star such as gold or silver means the card is ultra rare. Holographic Pokemon cards are more rare than normal cards.

Are my Pokemon Cards Worth Money?

Possibly. If you have vintage cards in great condition, they could be worth something. Likewise, modern cards of high rarity and sought after characters may be worth money.

What are the Best Pokemon Cards to Buy?

We recommend 1st Edition Shadowless Holographic Cards. They are some of the most desirable Pokemon cards ever printed. If you are looking for modern cards check out VMax rares. Follow us, tag us, and leave reviews on social media. We do promotions just for our followers. Get free cards and special discounts. Pokémon: The Movie 2000 tells the tale of the second season of Pokémon: Adventures on the Orange Island. A Pokémon collector named Lawrence III is on a mission to capture the three legendary Pokémon of fire (Moltres), ice (Articuono), and lightning (Zapdos) 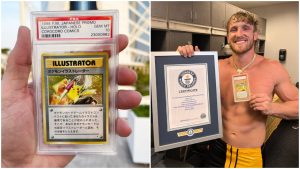 Top 10 Most Expensive Pokemon TCG Cards Of All Time

Intro The Pokemon TCG is a behemoth in the card game industry, and rightfully so. It has been churning out 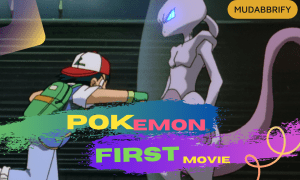 Pokémon MewTwo Strikes Back tells the story of Mew, a legendary Pokémon. As the plot progresses, a scientist from Team Rocket succeeds in making a duplicate of the rarest Mew and names him MewTwo.